As I mentioned in the last story, A1 and I took a trip up north which happened to mean we could avoid filling out the census. Enda Kenny reassured us of this idea in the video of the launch of Census 2011

“I think it’s important to note that it is only the recording of the people who are actually in the houses, in the residences, on that night that actually goes in here… So somebody gone to England or gone to America or gone to Belfast overnight is not counted…” – Taoiseach Enda Kenny (10th March 2011)

I made a comic book which I gave to our enumerator on our return and although he was reluctant to take it at first, as it was an absent form (Form E) I was told I was now legally obliged to sign, he did take it and it was eventually accepted by the CSO as proof that we were out of the country. I did not sign Form E. 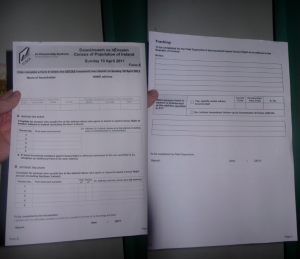 I had spoken with Gerry Walker of the CSO on the phone the day before I learned from the enumerator that I didn’t have to fill in Form E and the comic would suffice. This conversation on Tuesday 26th April was off the record but it did provide me with some more insight into how the CSO will pursue prosecutions. Basically they will go after the “hard cases” whether or not you are taking a stand on human rights. The other thing is that the CSO, as Gerry informed me, will not be cooperating in this documentary and they will not accommodate us filming in Swords to investigate the security of the scanning system (for security reasons of course!). He also maintains in an email from the week before that the interview with Gerard Bradley, which gave the impression that the CSO were willing to be somewhat transparent, was recorded illegally. It was not.

I will go into more detail about this another time, but for now, here is that comic book that got us off the hook. 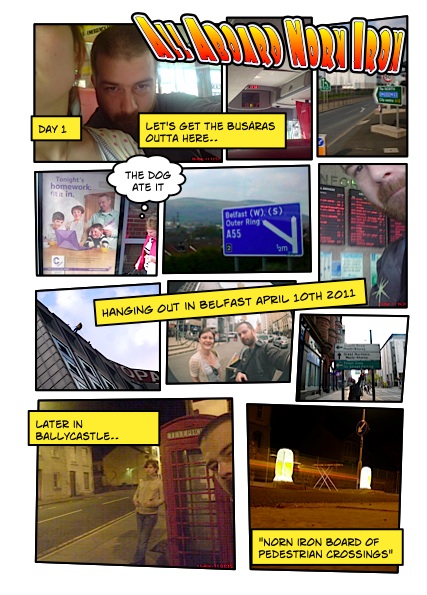 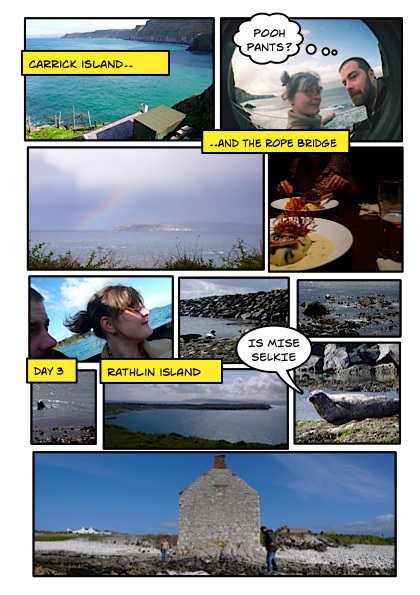 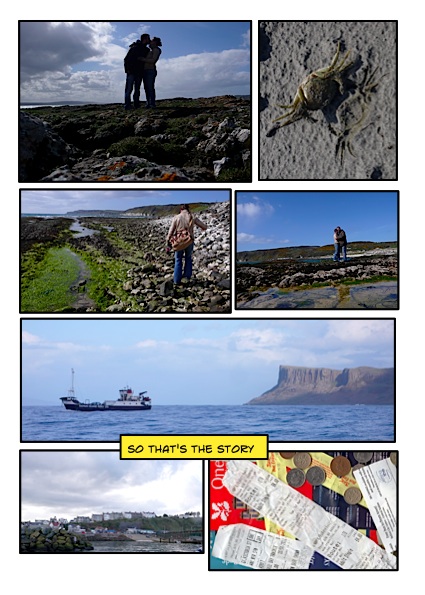